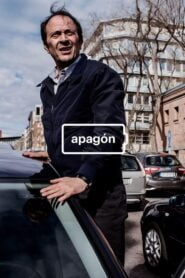 IMDb: 8.5 2022 5 vistas
A solar storm hits the Earth, causing a widespread blackout. In this new reality, five stories unfold, focusing on characters who struggle to adapt to a world without electricity, telecommunications or means of transport, where they are forced to face up to their most primal needs, instincts and fears.
DramaMystery 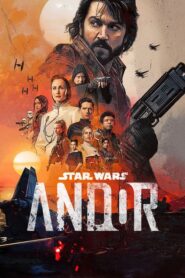 IMDb: 9.6 2022 49 vistas
The tale of the burgeoning rebellion against the Empire and how people and planets became involved. In an era filled with danger, deception and intrigue, Cassian Andor embarks on the path that is destined to turn him into a rebel hero.
Action & AdventureSci-Fi & FantasyWar & Politics

IMDb: 6.9 2022 29 vistas
In a world of privilege and glamour, two young women’s friendship transcends their strikingly different classes as they prepare to complete their education and enter royal vampire society. Based on the young adult novels by Richelle Mead.
DramaSci-Fi & Fantasy 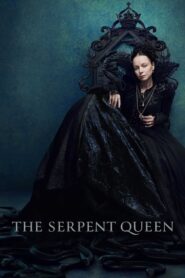 IMDb: 6 2022 70 vistas
Considered an immigrant, common and plain, Catherine de Medici is married into the 16th century French court as an orphaned teenager expected to bring a fortune in dowry and produce many heirs, only to discover that her husband is in love with an older woman, her dowry is unpaid and she’s unable to concieve. Yet, only with her intelligence and ...
Drama 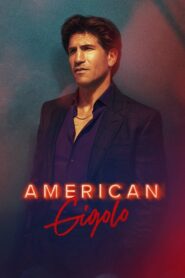 IMDb: 7.7 2022 52 vistas
Julian Kaye has always been an object of desire, so much so that people are willing to destroy him in order to have him. Exonerated, after 15 years in prison for a murder he didn’t commit, he now faces the challenge of picking up the pieces as the detective who put him behind bars tries to unravel the mystery that ...
Drama 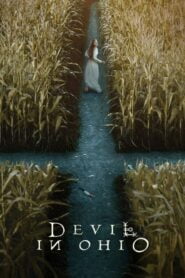 IMDb: 6.3 2022 66 vistas
Determined to protect a young patient who escaped a mysterious cult, a psychiatrist takes the girl in, putting her own family — and life — in danger.
CrimeDramaMystery 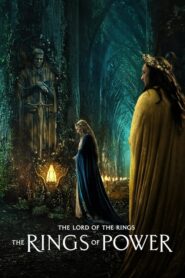 IMDb: 6.6 2022 224 vistas
Beginning in a time of relative peace, we follow an ensemble cast of characters as they confront the re-emergence of evil to Middle-earth. From the darkest depths of the Misty Mountains, to the majestic forests of Lindon, to the breathtaking island kingdom of Númenor, to the furthest reaches of the map, these kingdoms and characters will carve out legacies that ...
Action & AdventureDramaSci-Fi & Fantasy 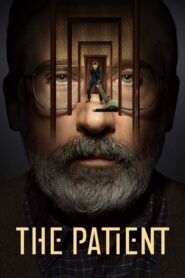 IMDb: 7.1 2022 38 vistas
A psychotherapist finds himself held prisoner by a serial killer with an unusual request: curb his homicidal urges.
CrimeDrama 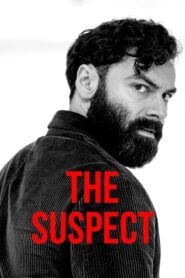 IMDb: 9 2022 52 vistas
It follows Doctor Joe O'Loughlin, who appears to have the perfect life - a devoted wife, a loving daughter, successful practice as a clinical psychologist, media profile and a publishing deal. He's even a hero online after rescuing a young patient who was ready to jump from the tenth floor of the hospital where Joe works.When a young woman is ...
DramaMystery 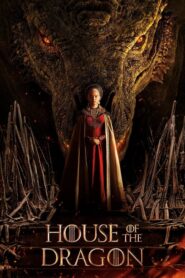 IMDb: 9 2022 259 vistas
The prequel series finds the Targaryen dynasty at the absolute apex of its power, with more than 15 dragons under their yoke. Most empires—real and imagined—crumble from such heights. In the case of the Targaryens, their slow fall begins almost 193 years before the events of Game of Thrones, when King Viserys Targaryen breaks with a century of tradition by ...
Action & AdventureDramaSci-Fi & Fantasy 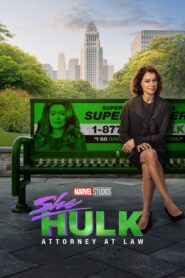 IMDb: 7.8 2022 224 vistas
Jennifer Walters navigates the complicated life of a single, 30-something attorney who also happens to be a green 6-foot-7-inch superpowered hulk.
Action & AdventureComedy 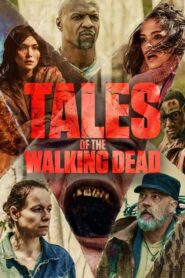 Tales of the Walking Dead

Tales of the Walking Dead

IMDb: 7.872 2022 22 vistas
Six original one-hour standalone episodes focused on both new and established characters within the walker apocalypse. Each episode has its own distinct tone and point of view — but the stakes are high in each story, pushing new, indelible characters with relentless, life-threatening choices and situations. We get to see the apocalypse through different eyes, discovering more worlds, mythos, and ...
Action & AdventureDramaSci-Fi & Fantasy 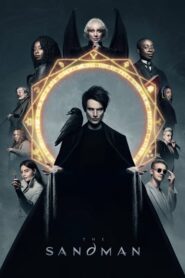 IMDb: 8.209 2022 108 vistas
After years of imprisonment, Morpheus — the King of Dreams — embarks on a journey across worlds to find what was stolen from him and restore his power.
DramaSci-Fi & Fantasy 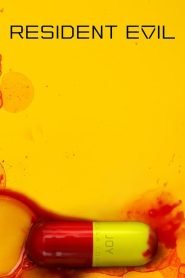 IMDb: 8.4 2022 1308 vistas
Nearly three decades after the discovery of the T-virus, an outbreak reveals the Umbrella Corporation's dark secrets. Based on the horror franchise.
DramaSci-Fi & Fantasy 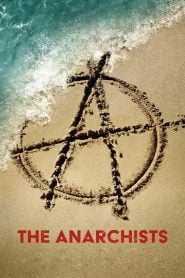 IMDb: 6 2022 367 vistas
Unfolding over six years, what begins as an impulsive one-off gathering turns into an ever-growing annual event attracting sponsorship from crypto-currency companies and featuring speakers such as Ron Paul and BitCoin investor Roger Ver. And when rule-avoidant freedom activists come together in one of the most dangerous cities in the world, utopian ideology collides with the unpredictability of human nature.
Documentary

Flowers in the Attic: The Origin

Flowers in the Attic: The Origin

IMDb: 9 2022 410 vistas
After a whirlwind romance, Olivia finds herself as the mistress of the imposing Foxworth Hall, where she soon discovers that the fairy tale life she expected has quickly become a nightmare.
Drama 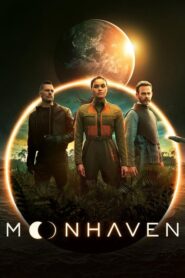 IMDb: 6.4 2022 103 vistas
Bella Sway, a lunar cargo pilot and smuggler 100 years in the future, finds herself accused of a crime and marooned on Moonhaven, a utopian community set on a 500 square mile Garden of Eden built on the Moon to find solutions to the problems that will soon end civilization on Mother Earth.
Sci-Fi & Fantasy 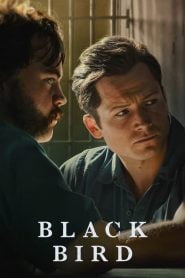 IMDb: 10 2022 1017 vistas
As Jimmy Keene begins a 10-year prison sentence, he gets an incredible offer: If he can elicit a confession from suspected killer Larry Hall, Jimmy will be freed. Completing this mission becomes the challenge of a lifetime.
CrimeDrama 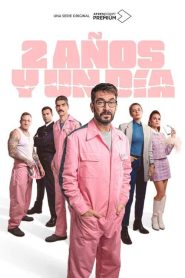 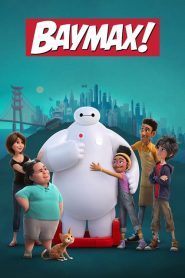 IMDb: 7.1 2022 904 vistas
Return to the fantastical city of San Fransokyo where the affable, inflatable, inimitable healthcare companion robot, Baymax, sets out to do what he was programmed to do: help others.
Action & AdventureAnimationComedyKids 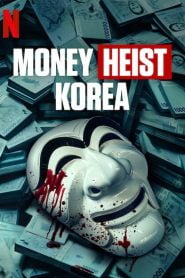 IMDb: 8.538 2022 891 vistas
Disguised under the shadows of a mask, a crew of desperados band together under the leadership of a criminal mastermind known only as “The Professor” to pull off the biggest heist Korea has ever seen.
Action & AdventureCrimeDramaMystery

IMDb: 6.8 2022 331 vistas
The fascinating story of the early life of England’s most iconic Queen, Elizabeth Tudor, an orphaned teenager who became embroiled in the political and sexual politics of the English court on her journey to obtain the crown.
Drama 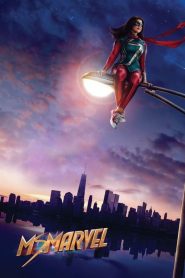 IMDb: 7.6 2022 3113 vistas
A great student, avid gamer, and voracious fan-fic scribe, Kamala Khan has a special affinity for superheroes, particularly Captain Marvel. However, she struggles to fit in at home and at school — that is, until she gets super powers like the heroes she’s always looked up to. Life is easier with super powers, right?
Action & AdventureComedySci-Fi & Fantasy 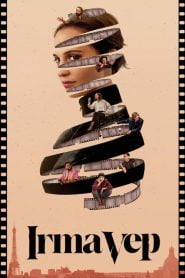 2022 619 vistas
Mira is an American movie star disillusioned by her career and a recent breakup, who comes to France to star as “Irma Vep” in a remake of the French silent film classic, “Les Vampires.” Set against the backdrop of a lurid crime thriller, Mira struggles as the distinctions between herself and the character she plays begin to blur and merge.
ComedyDrama 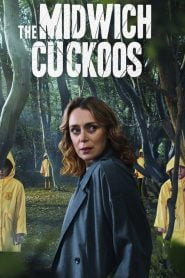 IMDb: 7.5 2022 752 vistas
A small fictional village in England is completely subdued by an alien presence for an entire day. Upon waking, it is discovered that numerous women in the town are pregnant.
DramaMysterySci-Fi & Fantasy 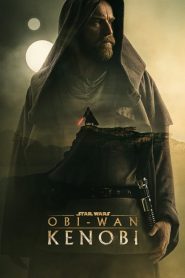 IMDb: 8.6 2022 4829 vistas
During the reign of the Galactic Empire, former Jedi Master, Obi-Wan Kenobi, embarks on a crucial mission to confront allies turned enemies and face the wrath of the Empire.
Action & AdventureDramaSci-Fi & Fantasy 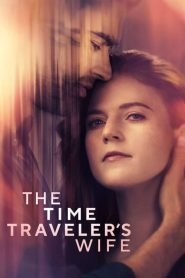 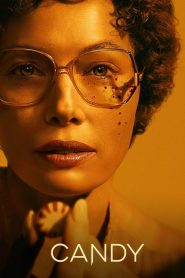 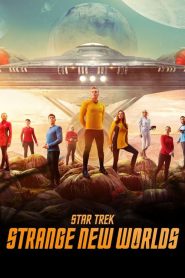 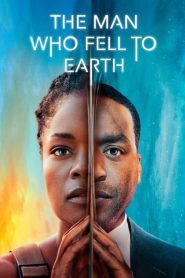